Submitted by Aviva Sela and her son - Kfar Saba


Submitted by Yakir Kohl, Ramat Gan towards our Annual Memorial Gathering devoted to the remembrance of those of our community who passed away in 2019 – 2020. The meeting was held via Zoom on December 24th, 2020
Aviva (Helena) Sella-Kohl
(Helena was named after her paternal grandmother who had been murdered in the Bronica Forest in August 1943)
Aviva, the daughter of Alo and Klara Kohl was born in Zielona Gora, Poland on September 5th, 1950. She passed away on November 30th, 2017 in Kiryat Tiv’on.
Aviva made Aliya with her parents in 1956 and studied in Ohel Shem, Ramat Gan. She moved to Haifa to be with her love. In Haifa she completed her graduate studies degrees in Education and Literaturq/Hebrew Language. She received her Ph.D. from JTS in New-York, studying the characterization of the Israeli educator.
Aviva was honored by the city of Kiryat Tiv’on for her many years as an educator and a volunteer commemorating the Israel fallen soldiers and her activity in instilling the Holocaust legacy.
She educated thousands of students throughout the district of Yizrael Valley and in ORT Tiv’on, and trained hundreds of future teachers. As a sought-after lecturer, she also trained teachers in “Oranim”. Dr. Sella-Kohl led numerous student journeys, guiding and educating them about heritage and values, simply because it was her destiny in life.
When she got sick again about two and a half years ago, she bravely faced and coped with it. She never gave up. Aviva carried on faithfully in her own way until her last day, which she chose courageously to spend at her home with her family.
She is survived by four children, six grandchildren, thousands of students and one broken heart brother.
May her memory be for a blessing. 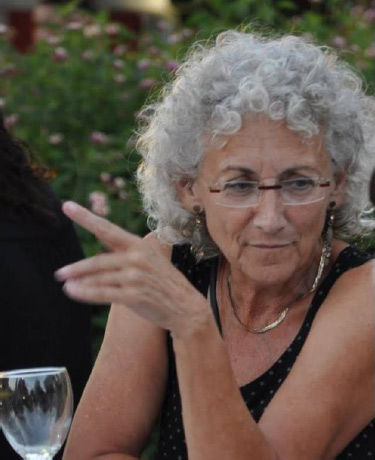