My father never discussed much about his past beyond the fact that he was the youngest of 4 children to his parents, Chana and Herman Heublum. World War II began when my father was 15 years old.
He never told my sister Terry nor I anything about his horrible experiences during the war. He always said that the memories of this period of his life were too difficult to relive.

His oldest brother, Leon, was taken away by the Nazis and no trace of what happened to him exists. His sister Tonia, her husband, and his parents were killed in the Bronica forest early in the war by the Nazis. His only surviving brother, Ludwig (Salomon) was drafted into the Russian army and that is how he survived the war. The two surviving brothers found each other well after the war and after my parents who met in the Displaced Persons camp immigrated to the US in 1949.

I was grateful that my father agreed to be interviewed by the Shoah foundation, however, he requested that I not be present while he told his stories. I found out later, while watching the videos, about the incredible hardships he endured.

Since I knew nothing about my family's ancestors, I began researching. I have found quite a lot about previous generations of my family thanks to JewishGen, Ancestry and FamilySearch. It's been a great experience for me to find these long lost relatives.

FAMILY PHOTOS.
1. A transcript of my father's testimonial to the USC Shoah Foundation. The link to the photos in that testimonial
2. Edward (Ed) Heublum - my father
3. Ed and Berta (Berta Pimselstein/Ziegler) - my parents met in the DP (Displaced Person) camp in Ried im Innkreis in Austria after the war. They married in Ried.
4&5.The house, front and back, in Drohobycz on Ulica Stryjska (main street in Drohobycz) that my father's family owned. The first floor (below the street in the pic. It was street level when they lived there) was a store that they owned. They lived above the store.. There is a map at the end of attachment #4 that shows exactly where the house is located.
6. This group of photos is from my cousin Roman (son of Ludwig):
Top: Helena Danielak (wife of Ludwig, born Hirt); Ludwig Danielak (born Dawid / Hoyblum) both 1956, Warsaw, Poland
Center: Helena Danielak, with daughter Anna and son Roman, 1957, Vienna, Austria; Ludwig Danielak with son Roman, 1958, Hannover, Germany
Bottom: Roman Danielak traditional dancing, 1953, Warsaw, Poland
7. The two surviving brothers: Edward on the right, Ludwig on the left.
8. Jakob and his wife. Jakob was one of my father's uncles, born in Drohobycz. His sons, Herman and Leo immigrated to the US. I found this photo in my online searches. 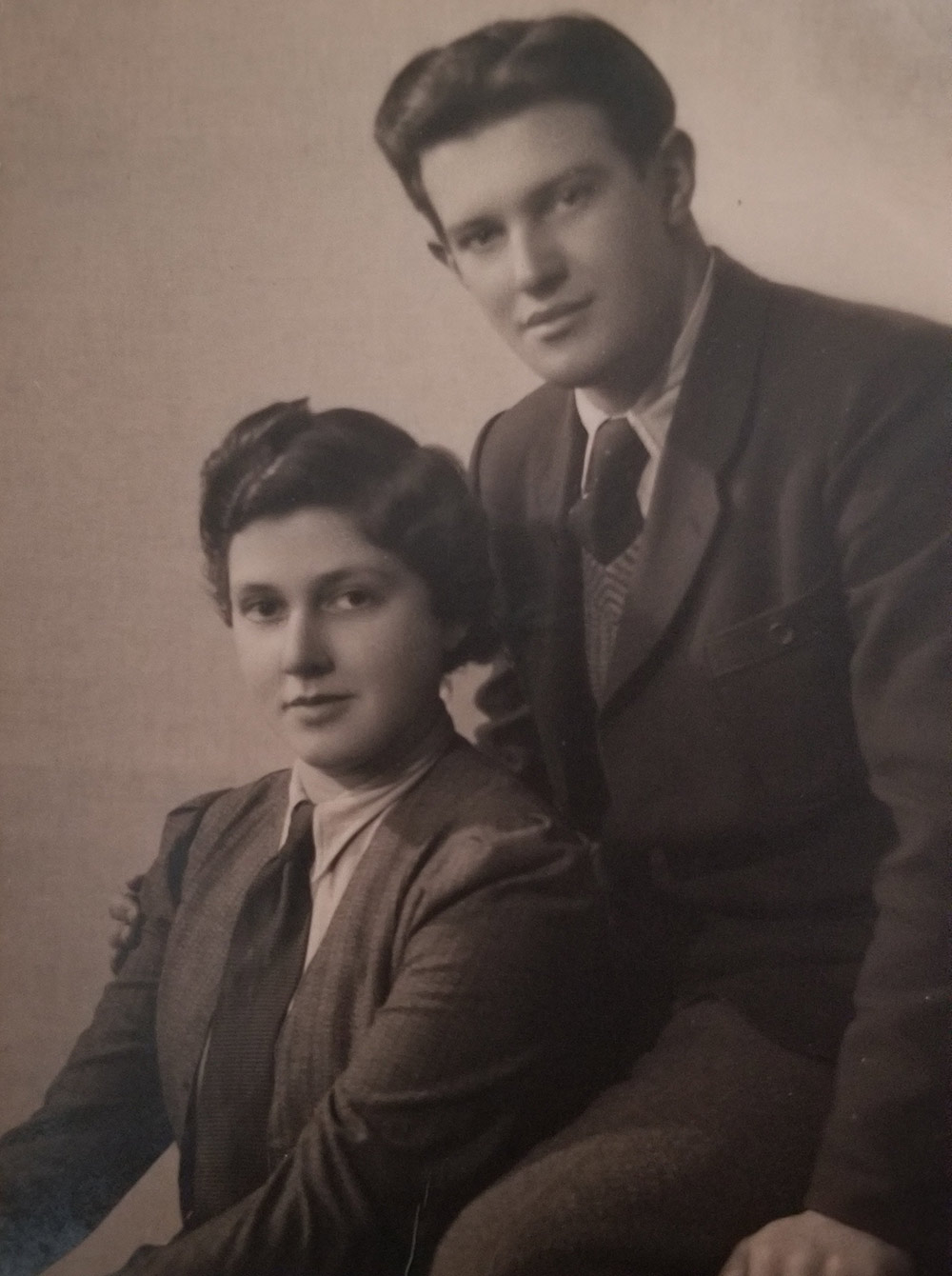 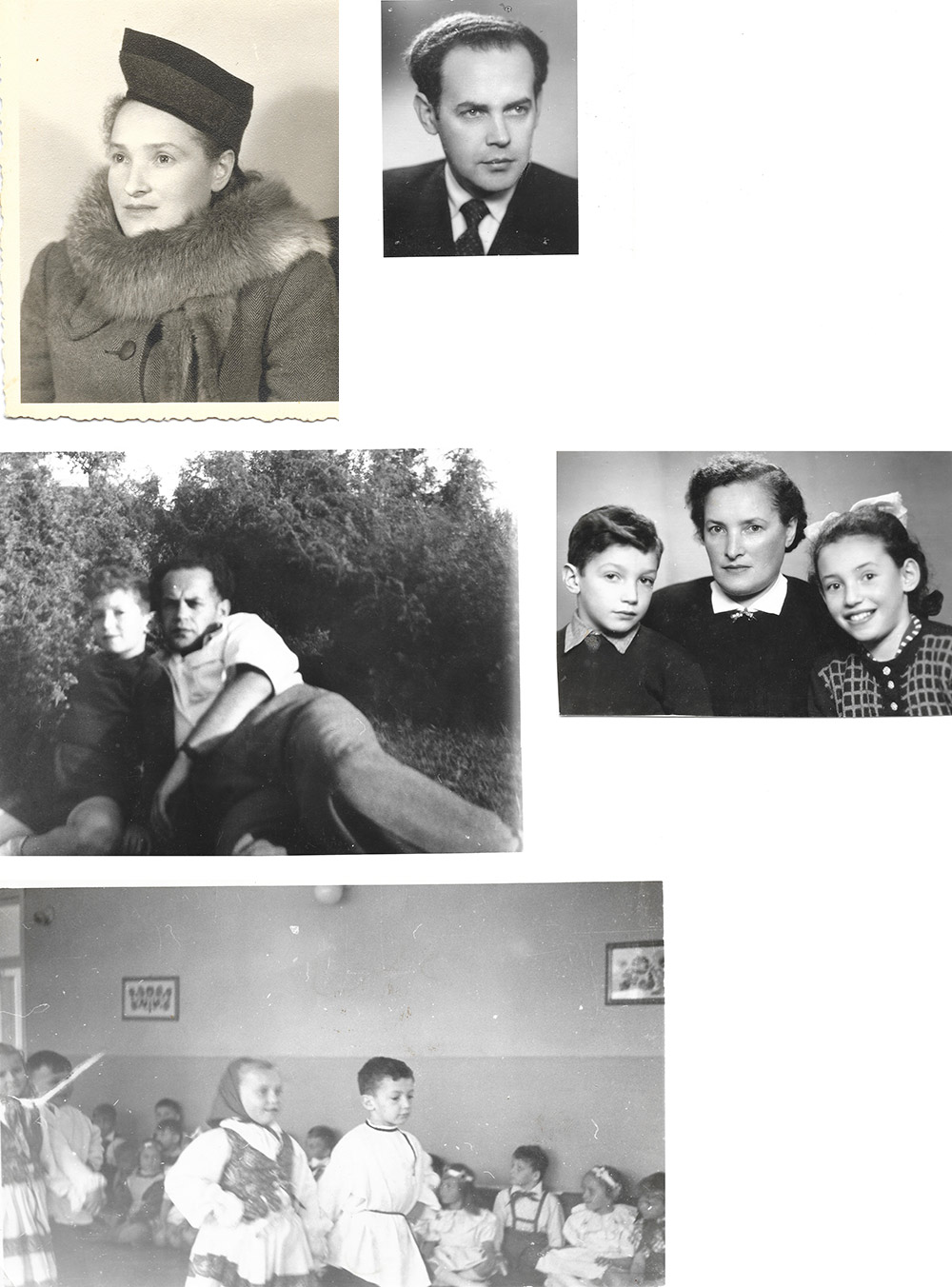 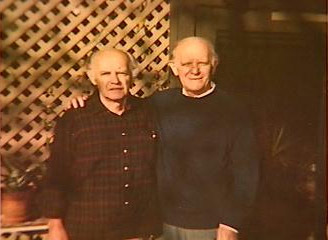 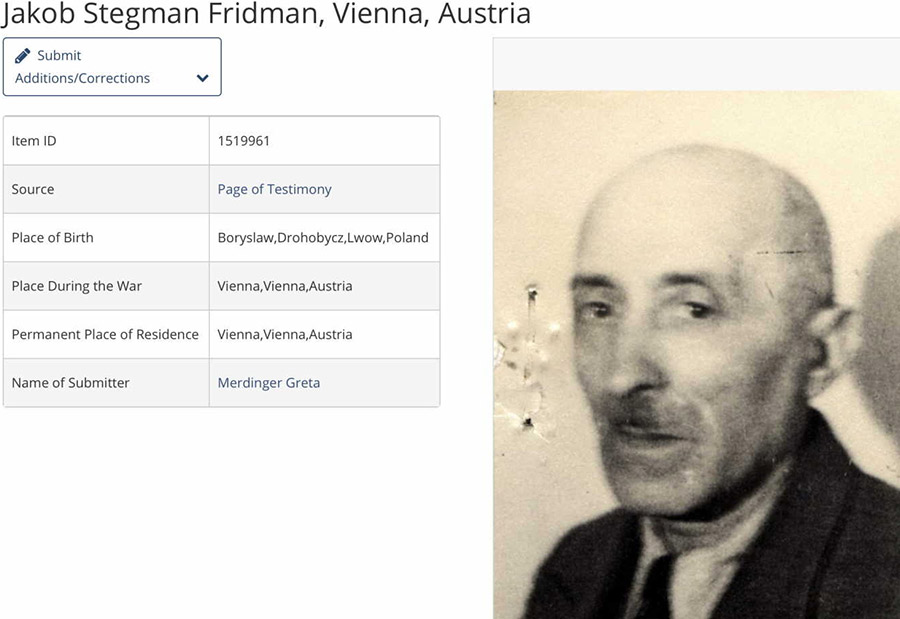 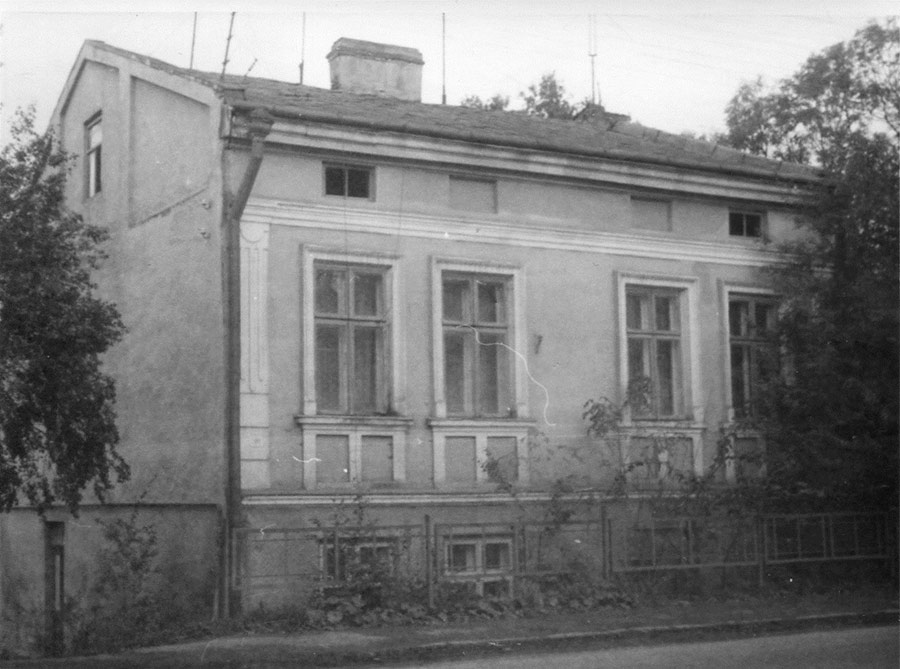 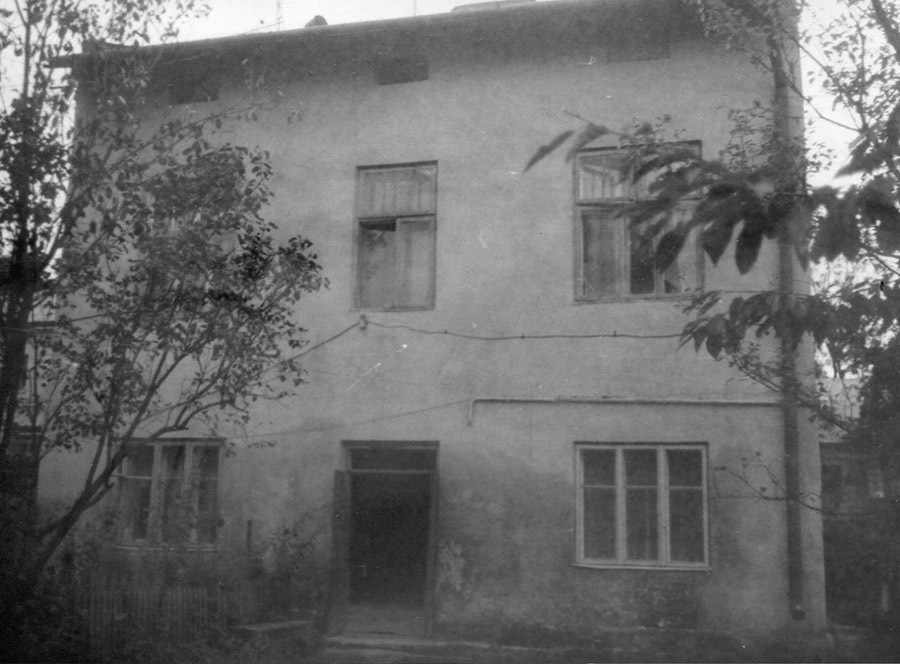