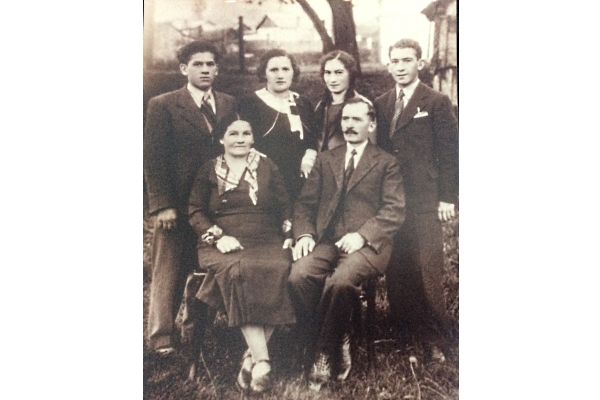 My grandmother was born in Boryslaw. Her parents were Herman and Ethel. She had two brothers, Shmuel and Mark, and one sister, Ania.

When Adela married Filip she moved to Drohobycz where my mother Stela was born and where his family – his mother, Pesia and brother, Hersz, lived. Filip, his mother and his brother were all murdered in the Holocaust.
After the war, Adela married Yehuda Szpranek, had another daughter Edith and later they all immigrated to Israel.

My grandmother wrote a book about her and her family’s experiences during the Holocaust.

To the memory of my beloved and brave grandmother.

1- The Weingartens, my grandmather’s, Adela, childhood family. Adela stands second from the left
2 - Photo taken on Adela’s wedding day with Filip Kopel, killed during the Holocaust
3 - The Kopel family with baby Stela, my mother
4 - The Szpraneks, my mother’s new family after the Holocaust