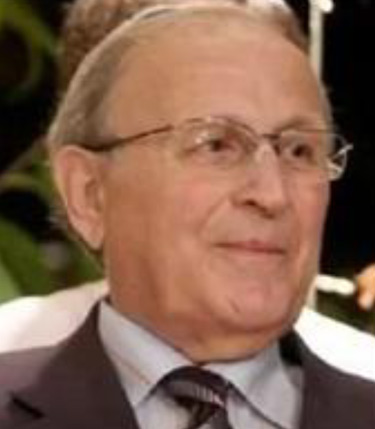 Submitted by his wife sons Shlomo and Shamai, Haifa and Tel Aviv, towards our Annual Memorial Meeting, Remembering Those Who Passed Away in 2019 – 2020. The meeting was held via Zoom on December 24th, 2020.
Mordechai Markel z”l was born on October 24th, 1924 (Simchat Torah) in Boryslaw. He was the son of Zalman (Salomon) and Leah. Mordechai passed away on Friday, March 4th, 2020 in Haifa.
In 1941 at the beginning of World War II, as a young boy, he had to report for forced labor every day working in paving roads and in an oil company. It was a hard work without breaks, unpaid and without food. In the ghetto where he was confined with his family there was no radio, no newspapers and no books.
He managed to survive three Nazi Aktions. In the fourth Aktion his brother was murdered in front of him and his father. After two more Aktions, he was sent on a train with his parents to Auschwitz. Mordechai managed to escape from the train and fled into the woods towards the town of Drohobycz.
In 1944, when the Russian army occupied Boryslaw, and with the liberation of the Auschwitz death camp, he learned that a relative from Boryslaw survived. He arrived in Auschwitz and found his mother who survived.
They remained in Poland until his mother recovered and then made aliya to Eretz Israel. In Israel they settled in Haifa, where he first worked in a carbonated drinks factory and then many years at the wholesale market in Haifa.
In 1950 Mordechai married Hannah Nusia and they had two sons, six grandchildren and six great-grandchildren.
May his memory be for a blessing.

The story of the survival of Markel-Seeman family