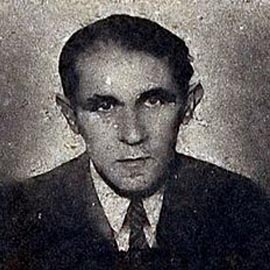 Bruno Schulz was one of the most original and prominent Polish writers of the twentieth century. Born, raised, and living in Drohobycz as a writer, illustrator and educator, Schulz met his demise at the hands of a Gestapo officer in 1942. Both collections of his fantastic stories have become oft-referenced treasures of modern literature.

He had a unique style of illustration. The frescos he created during the holocaust are in Yad Vashem. His books "The Cinnamon stores" and "The Hourglass Sanatorium", were translated into numerous languages worldwide.